Unlocking an Island Mystery about the Pygmy Mammoths 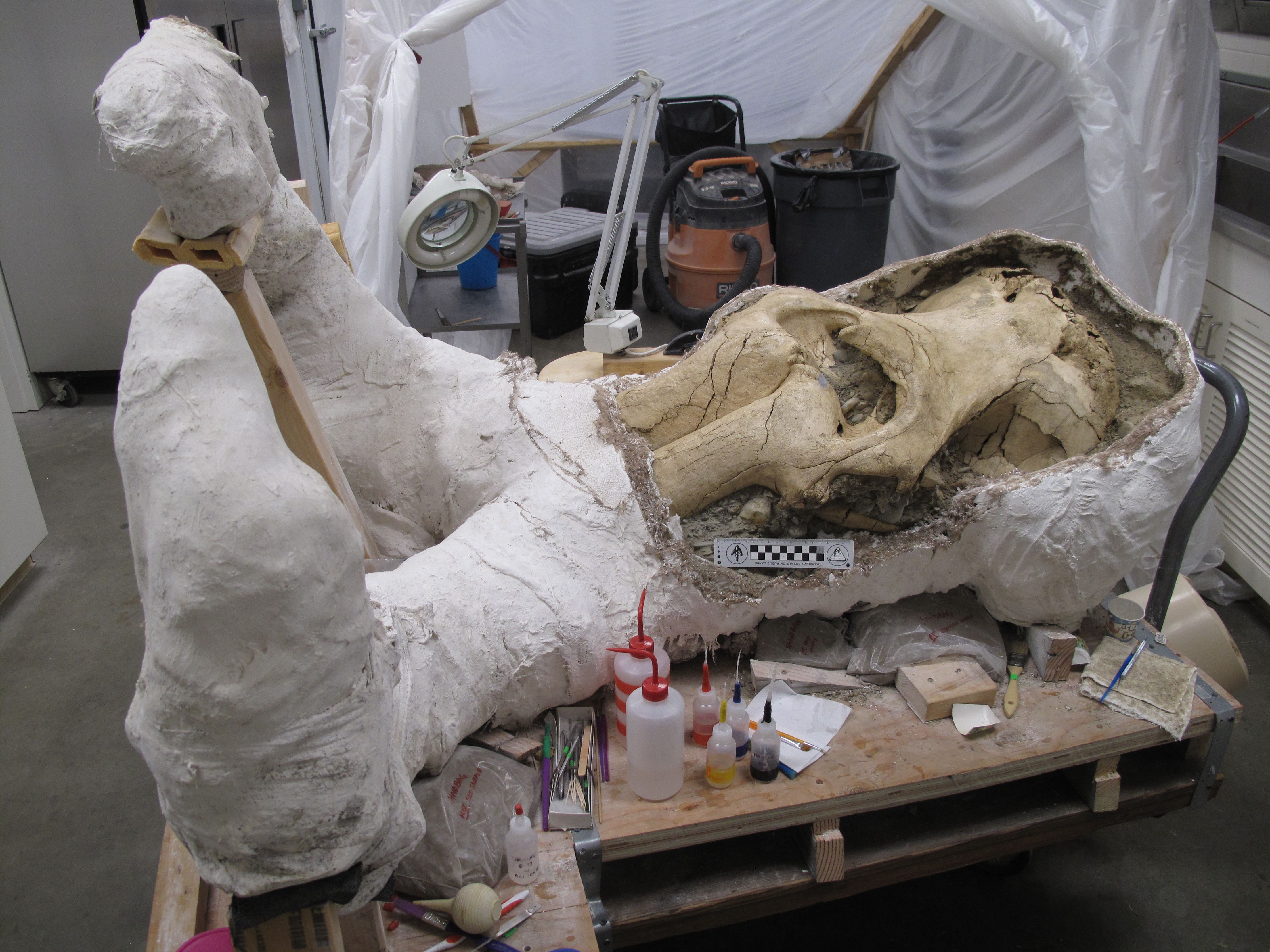 On February 8, 2017 Santa Barbara Museum of Natural History, The Channel Islands National Park and The Mammoth Site hosted a media event where press was able to view some of the revealed skull and ask questions of the three collaborative partners.
An introduction was given by Russell Galipeau, Superintendent of Channel Islands National Park and the unveiling of the mammoth skull was presented by Dr. Jim Mead, Mammoth Site Chief Scientist/Site Director; Paul Collins, Curator of Vertebrate Zoology Department; and Russell Galipeau, Superintendent of Channel Islands National Park. Justin Wilkins, Mammoth Site Bonebed Curator, discussed the excavation and the significance of this specimen. Monica Bugbee, Mammoth Site Preparator discussed the preparation process that will take place during her stay in Santa Barbara. Don Morris, Retired National Park Service Archeologist, discussed the discovery of the mammoth skull. Paul Collins and Dr. Jim Mead discussed mammoths and the potential research with this specimen.

The Mammoth Site thanks the Natural History Museum of Utah, in Salt Lake City, where team members were able to see the different exhibits and interact with museum staff members.

The Mammoth Site would like to thank the Santa Barbara Zoo, where the team was able to go behind-the scenes with staff from the Asian Elephant Exhibit and learn more about the similarities of mammoths to today’s Asian Elephants. Dr. Jim Mead also gave a presentation at the Zoo about The Mammoth Site. The Mammoth Site also thanks the Santa Barbara Museum of Natural History Sea Center where team members were able to get a better understanding of the marine life as they begin the research and preservation process of the excavated skull from the Channel Islands.

The Mammoth Site looks forward to the exciting work to be done with its collaborative partners and what exciting clues, which may be uncovered during the preparation and research process.

Find video clips of the media event along with a snippet of Dr. Jim Mead’s presentation at the Santa Barbara Zoo on our Facebook Page